Marco Valerio Antonini is a Los Angeles-based Italian composer and orchestrator. He writes music for motion pictures, television and videogames. He studied Composition and Orchestration at the Santa Cecilia conservatory of Rome, and graduated in Scoring for Motion Pictures and Television from the University of Southern California. He has won several awards in the US and worldwide.

A spotlight on the latest! For more listening, use the menu above.

Listen on streaming platforms or buy-and-download:

THE STAR OF EROS 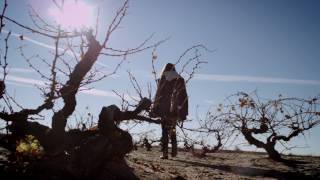 I'm very excited to finally be able to share a live performance of my award winning cue Land - a story of belonging, in the amazing performance by the Film Symphony Orchestra conducted by Constantino Martínez Orts. The score to the short film "100 Harvests with the Family" by Jose Mellado was awarded the first prize in the 2016 Juan Gil International Soundtrack competition, and this recording was taken during a live concert in Madrid, december 2016, in which it was performed