Marco Valerio Antonini is a Los Angeles-based Italian composer and orchestrator. He writes music for motion pictures, television and videogames. He studied Composition and Orchestration at the Santa Cecilia conservatory of Rome, and graduated in Scoring for Motion Pictures and Television from the University of Southern California. He has won several awards in the US and worldwide.

A spotlight on the latest! For more listening, use the menu above.

Listen on streaming platforms or buy-and-download:

THE STAR OF EROS

The Bag and The Bike at Destiny City Film Festival

A terrific festival season run continues for The Bag and The Bike, directed by David Haye with music by Marco Valerio Antonini. The short film tells the story of a friendship between...a bag and a bike! This time, The Bag and The Bike was selected for the 2019 Destiny City Film Festival in Tacoma, WA. Awarded the Silver Award for Best Original Score at the IMDB Independent Short Awards, it ran finalist at the Miami Independent Film Festival, best Student Film category; LA Cin

New Nomination for The Bag and The Bike

The Bag and The Bike, soundtrack to the short film directed by David Haye, is running for Best Original Score at the 2018 Watersprite Film Festival in Cambridge, UK. Listen to the score on YouTube! 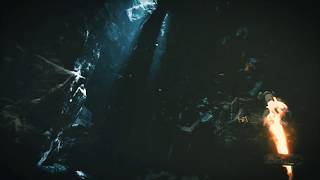 Sycoforge just released an early sneak peek of gameplay from Arafinn - Return to Nangrim. The video shows some of the environment and landscapes of the fantastic world of Arafinn, accompained by "The Mountain Face", composed by Marco Valerio Antonini, from the original soundtrack of the upcoming game.